UML diagrams can be helpful for code maintenance. But, drawing these diagrams with mouse and keyboard is a tedious task. And popular UML tools don't support reverse engineering for the D programming language.

This tool uses libdparse to parse the given D source code and it extracts class outlines in the PlantUML language. Not only a class, but also a struct, and even a module is turned into a class outline.

A good arrangement of the classes is essential for creating effective UML diagrams. The means for tweaking the arrangement is to explicitly specify the direction of arrows: Changing arrows direction. Such an artistic design, however, is beyond the capabilities of this pragmatic tool. So, this tool does not even try to extract relations between classes.

Use dub to build the tool:

Use the tool to extract the class outlines from D source code.

Create another file and explicitly specify the relations between the classes. Use the !include directive to include the generated file.

Use plantuml.jar to generate the image of the diagram:

Finally, have a look at the resulting image: 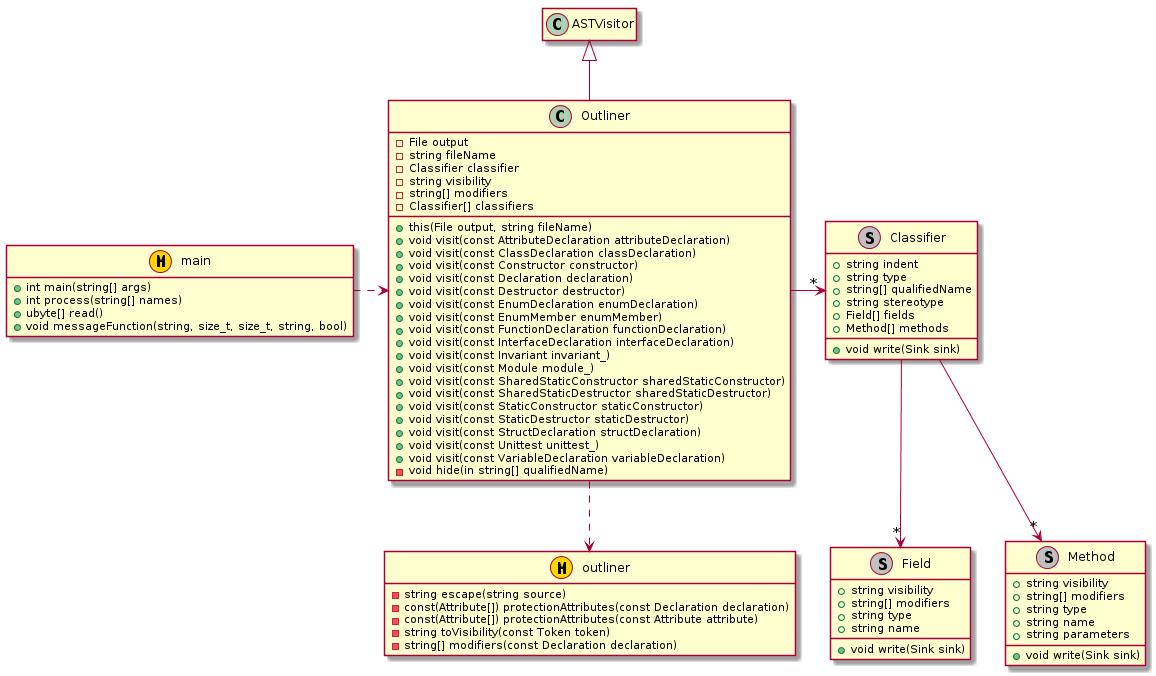