ath is both a command line tool and a D library for converting text containing ANSI escape sequences into HTML. 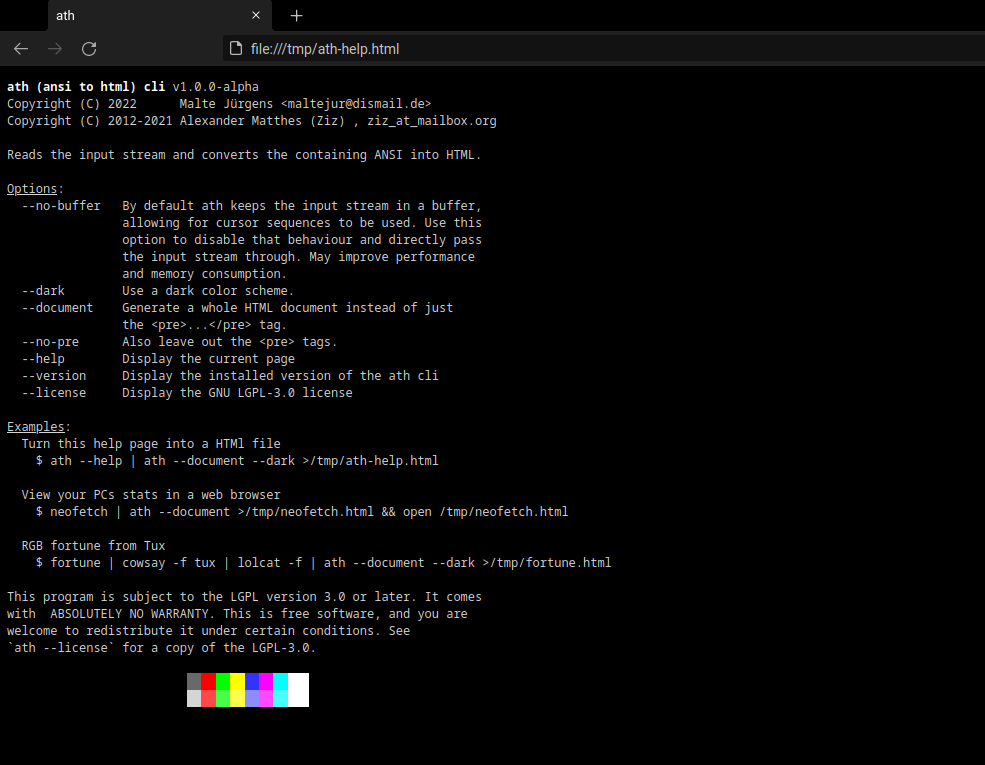 To install the command line tool, make sure you have ldc2 and dub installed. Then, just run:

The command line tool reads the input stream and converts the containing ANSI into HTML. You can view ath --help for optional arguments and example commands.

The library exports a single function ansi_to_html with three overloads:

This overload works with pipes in the form of Files. You pass it a File as the input and it returns you a File as a output to read. This is especially useful if you decide to disable the buffer (see explanation below).

Pretty much the same as the previous overload, but this time you can pass the output File directly instead of the function creating one for you.

You can pass optional arguments in the form of the AthOptions struct. For example:

You have the following options available:

By default ath keeps the input stream in a buffer, allowing for cursor sequences to be used. Use this option to disable that behaviour and directly pass the input stream through. May improve performance and memory consumption. Only really makes sense if you use the piped version of the ansi_to_html function.

Use a dark color scheme.

Generate a whole HTML document instead of just the <pre>...</pre> tag.

Also leave out the <pre> tags.

Thanks a lot to theZiz for his great tool aha. I basically ported his code to D and improved on it. I would have just contributed upstream, but I needed a D library and thus it wasn't possible for me (with my technical knowledge) to just use aha.