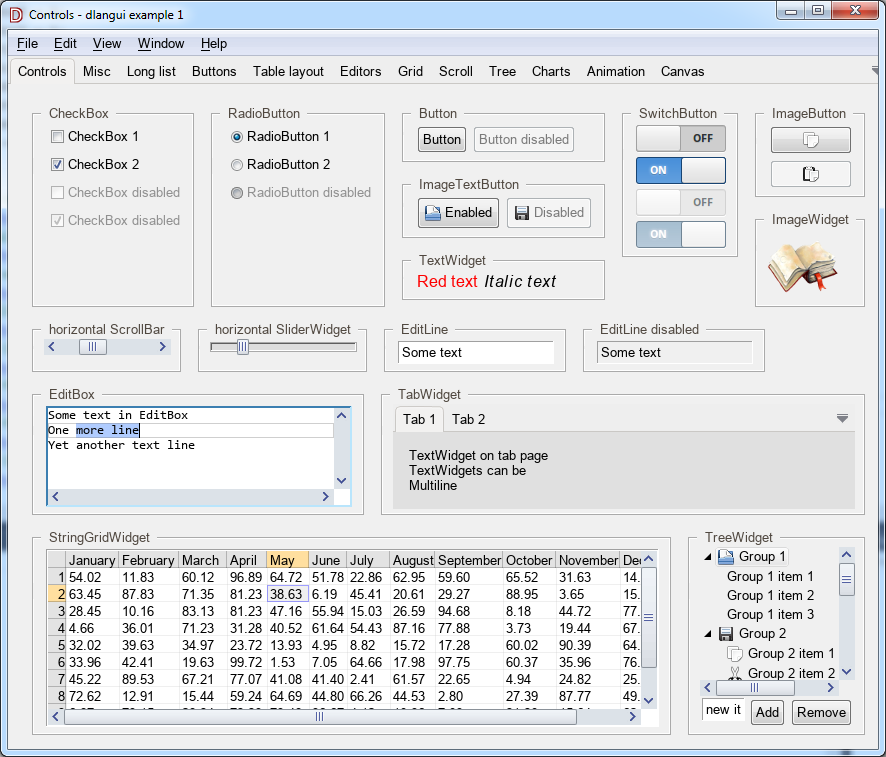 List of widgets, layouts and other is available in the Wiki

Styles and themes are a bit similar to ones in Android API.

If build of your app is failed due to dlangui or its dependencies, probably you have not upgraded dependencies.

As well, sometimes removing of dub.json.selections can help.

To avoid showing console window add win_app.def file to your package source directory and add line to your dub.json.

E.g. in Ubuntu, you can use following command to enable SDL2 backend builds:

In runtime, .so for following libraries are being loaded (binary packages required):

DlangUI theoretically supports MacOS, but I have no way of testing if it actually work. The support is not guaranteed.

Please refer to the Wiki for a hello world example.

It is a project to build D language IDE using DlangUI library.

But it already can open DUB based projects, edit, build and run them.

How to build and run using DUB: