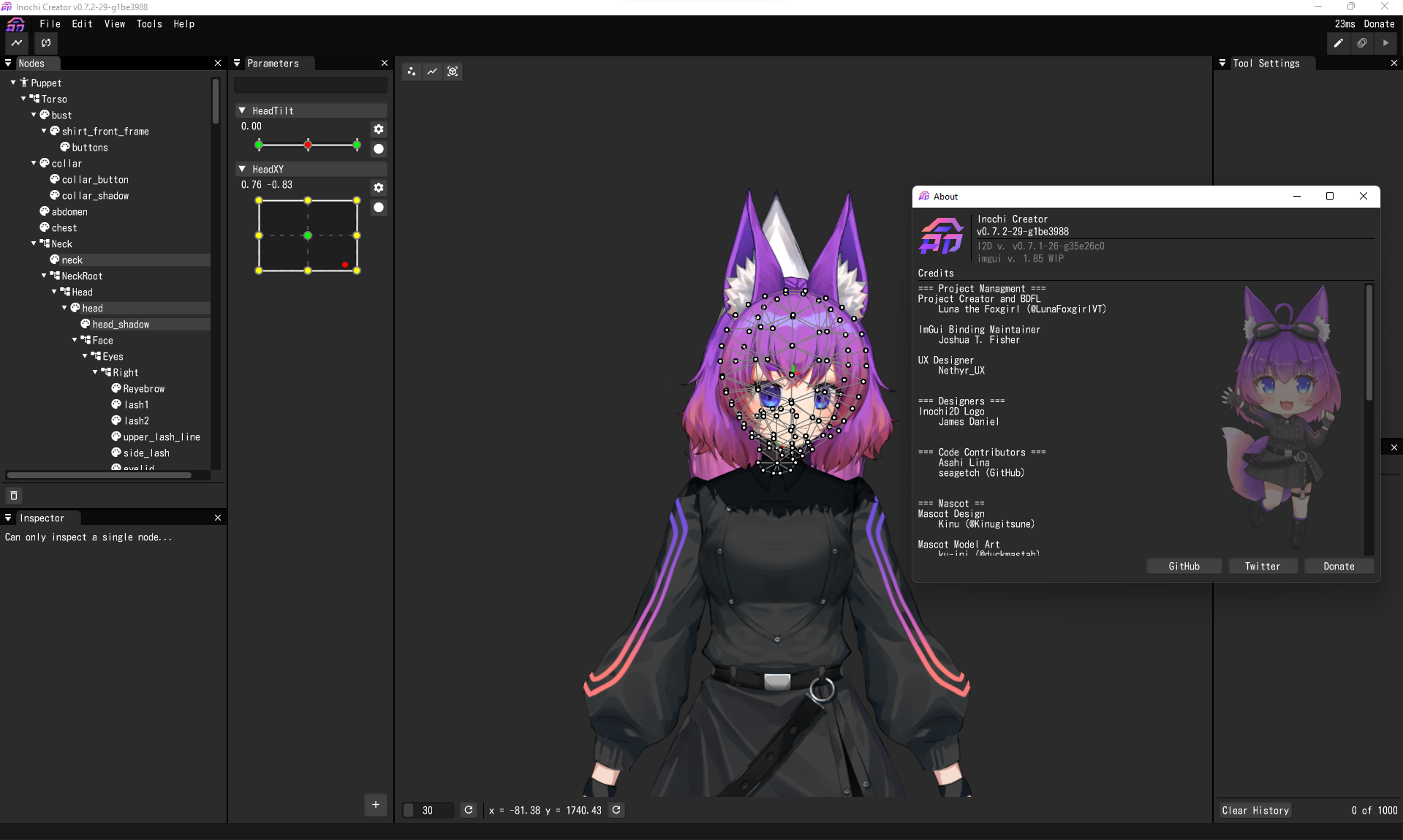 Inochi Creator is tool to create and edit Inochi2D puppets.

Anything we upload to the Releases page is officially supported, as well as anything that is linked to on our official website (TBA). We currently plan to distribute Inochi Creator in the following formats:

Inochi Creator is currently under construction and is not recommended for production use.