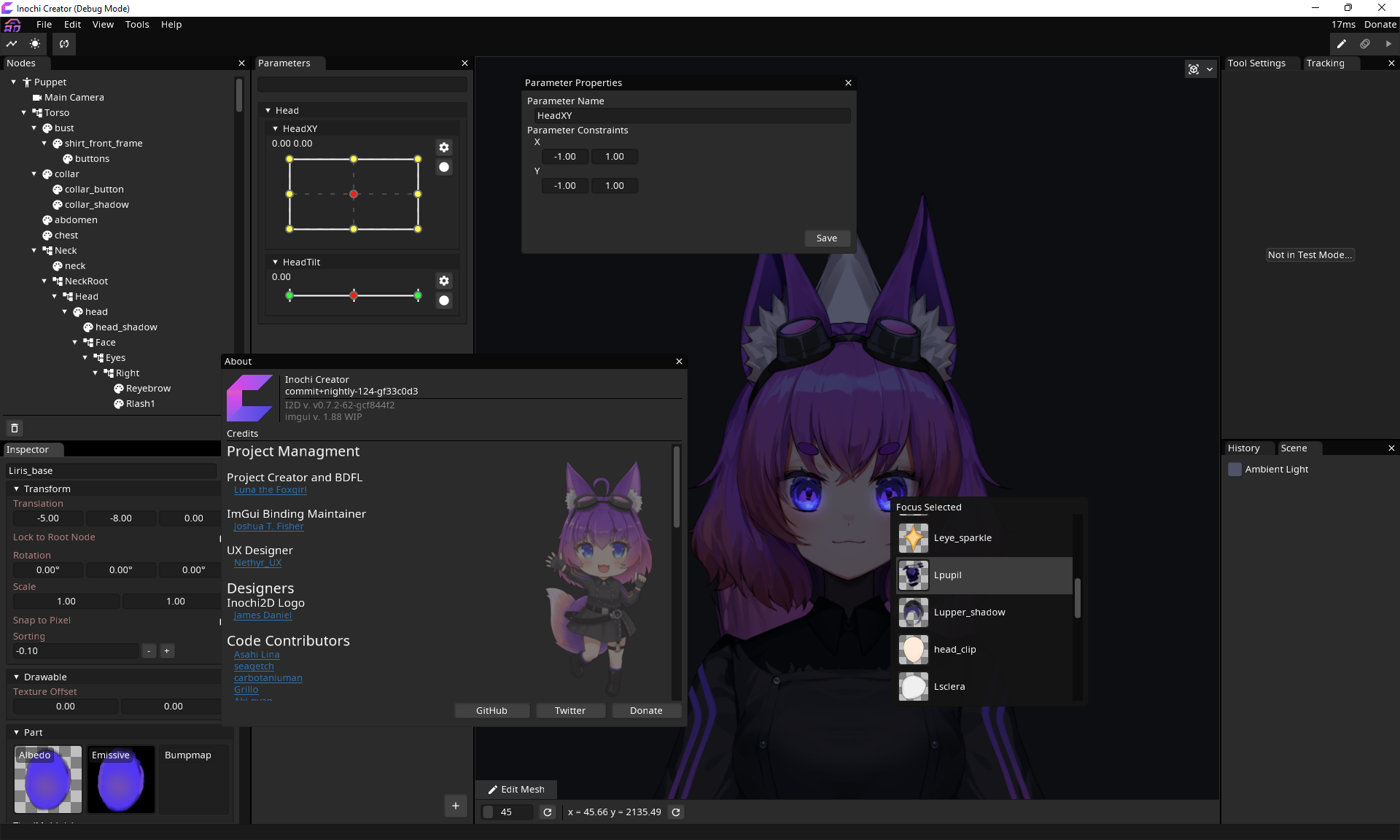 Inochi Creator is an open source editor for the Inochi2D puppet format. This application allows you to rig models for use in games or for other real-time applications such as VTubing. Animation is achieved by morphing, transforming and in other ways distorting layered 2D textures in real-time. These distortions can trick the end user in to perciving 3D depth in the 2D art.

If you are a VTuber wanting to use Inochi2D we highly recommend checking out Inochi Session as well.

Links in source/creator/config.d should be updated to point to your package's issues list, as we do not accept issues from non-official builds.